Praying for others in “Intercessory Prayer“ is an honor and a privilege we take very seriously. Your requests are brought in prayer each week during our powerful prayer meetings.  As believers in Jesus Christ, we come together finding healing, deliverance, restoration, freedom and true faith one-day-at-a-time.

Need Help with Your Prayer Requests?

We will be adding new videos to help you on your journey of healing and deliverance.

Say this Prayer ALOUD each day and experience God’s hand in your life in a mighty way.

These videos are valuable in building your faith, learning to really trust in God and getting answers to your prayers for the good of ALL concerned.

PLEASE NOTE: You do not have the repeat the prayer request.  Prayer requests are not posted immediately we have monitors who will go over each prayer request individually.  So requests can be delayed before posting.

Once you fill out the PRAYER REQUEST the information from the form goes into our database in order for us to now keep in touch and keep in prayer through our growing intercessory prayer teams. We also send invitations to different online Christian programs or updates from Good News Broadcasting & Multimedia, Inc.

My husband can be super sweet, and nice and things can be wonderful for a time and he has not gotten super angry in a few weeks, except for today.

Please pray for reconciliation . For healing of our hearts, that me and my husband can see me through God's eyes, that I won't disappoint the Lord.

I think sometimes, why can't I be loved??? If my husband negative report about me is right, then I am a failure and God is not happy with me.

Usually I try to shut my mouth, say nothing, let insults slide, etc......to keep the peace. Today first he was like, the turkey's not in the oven yet...then I had just finished stuffing the turkey and told him it's in the oven and heard him coming upstairs, i told him not to come upstairs because the kitchen was still a mess but he came up anyways.

Seeing that I had left a bit, few pieces here and there, of celery and bread in the bowl, and a bit had fallen on the cutting board while stuffing the turkey, plus the mess while cooking, he got upset. He said what would a professor of cooking do if he saw it, the professor would take points off my grade. Then his aunts, even grandma would correct me if they were here, etc....Finally after trying to say , it's Christmas, can we not argue....he called me stupid and started again putting my family down, saying my family amounted to nothing, like as if they're all uneducated idiots, etc... do I have to be like them?? I lost it, I said I want to leave.... if I could go back to the beginning, I would say no to marrying him. This is the first time I've said that. Even though I said this in anger, it's not the first time I thought it. He seems so unhappy with me at times, I'm disorganized, I break things, I'm distracted, etc... that if God would grant me that wish, I would take it so that he would be happy. I wouldn't know how to start over, I have been left to feel as if I am not successful, I have no degrees, he didnt want ke working when we got married, then decided that I would work with him and get a salary. He controls the money and I only brought over 2 small pieces of furniture when we got married, so basically I didn't have much, which he frequently reminds me. He said in the past he would see a divorce lawyer, that I am a mistake (marrying me), that he is disappointment in me, he even said once he'd tell the judge I was a lesbian because I had difficulty especially in the beginning of our marriage being intimate, because in bed he was nice, outside I couldn't seem to do much right and he was often angry.. When I bring back things he said, he denies he said it or says I am twisting things. I once said in anger I would destroy the house, and he said if I do, he'd break my legs and then later denied saying it. I can't deny his claims that I have not accomplished much in my life, compared to him. I feel like a mistake at times. I struggle with self esteem issues. A friend offered me some part time work, data entry, my husband said if I took it I would be an intellectual whore, because it would be some other man getting me to move me to work (I work with my husband now) In the beginning of our marriage he caught me calling a prayer line, and said I was a spiritual whore if I call them so I promised not to call prayer lines (but I can write, I didn't promise I wouldn't write) I told him he was a fake. That He can speak the word of God well, etc... but doesn't live it. That no one knows how he is at home. He's called me fat and guyish. I had bought joggers to be comfortable shopping, the first day I wore it, he said nothing. The second time, he got angry and said I dress unfeminine, etc... He says he's been serving the Lord a lot longer than me. He said today again something along the lines of..that God took care of people who spoke like me, so I better be careful how I speak to him. He's even said God was disappointed in me another time. The God he's talking about is disappointed in me, and might ""get" me in a bad way because of the way I speak to him, someone in authority.

I don't know what to do. He doesn't see anything wrong with his anger towards me. He yells at me and come up to me close, but it doesn't scare me.

God has put it on my heart days ago that he's ready to bless me with a financial blessing, but witchcraft has to be removed. So pray that witchcraft is destroyed and every evil assignment against me and my family is cancelled. I decree and declare financial breakthrough

Please pray for Rodgers Jr Williams who has COVID19 and is on a ventilator. Please pray for all suffering from this terrible disease, and for the strength and comfort of their loved ones. Amen️

More than enough to successfully build and raise up our children and train them up in our house! The capacity also to minister mightily to couples and families!

My mom (Mitzi) has been in the hospital for the last month with Covid-19 and pneumonia. For the last two weeks, she's been in the ICU on a ventilator. The next step is a tracheotomy, but they can't do that until they're able to turn her oxygen levels down. The doctor and nurses say she has a long, long way to go, but we're asking God for the miracle of healing. Specifically, we're asking for her oxygen levels to be lowered so she can get to the next step, but ultimately, we're asking for complete healing.

God please get us out of misty's house as quickly as possible and into our own home God we are very tired of all the mental physical and emotional abuse of my nephew David who is very rude and disrespectful to me and everyone else in the house. I'm praying for finances me and my children have no money for Christmas for gifts and food I don't know what to do

HELLO MY NAME IS AUGUST RUSSELL. I GOT INVOLVED IN WITCHCRAFT - VOO DOO AND IT IS A LIFE/DEATH SITUATION. THE SPELL CASTER TOLD ME THAT THE SPIRITS WHOM I BELIEVE TO BE FALLEN ANGELS WILL "KILL" ME AND EVERYONE IN MY ENITRE FAMILY STARTING DECEMBER 31 - IF I DON'T DO WHAT THEY WANT WHICH IS COMPLETE THE SACRIFICE. I "ASK" THAT YOU PRAY FOR PROTECTION FOR ME AND MY FAMILY, DELIVERANCE, AND FORGIVENESS. WHERE NO SPIRIT CAN TOUCH ANYONE IN MY FAMILY AND MYSELF BY THE BLOOD OF JESUS. PLEASE PRAY FOR DESPATCHING OF ANGELS FOR OUR PROTECTION AND ALSO KNOW THAT THESE SPIRITS HAVE LEGAL RIGHT TO ATTACK SINNERS. SO PLEASE PRAY FOR US IN THE MOST POWERFUL WAY. MY NAME IS AUGUST RUSSELL, MY SISTER'S NAMES ARE JAMIE AND CHELSEA RUSSELL, MY DAD'S NAME IS GREGORY RUSSELL AND MY MOMS NAME IS AVIS RADFORD. THANK YOU AND GOD BLESS.

Father forgive me of my sins Prayers Christmas Eve and Christmas Day can be filled with love and laughter with family. My family is so split up and angry at one another. Prayers they will let go of anger in Jesus name I pray.

Give your gift and KEEP THE MISSION GROWING! 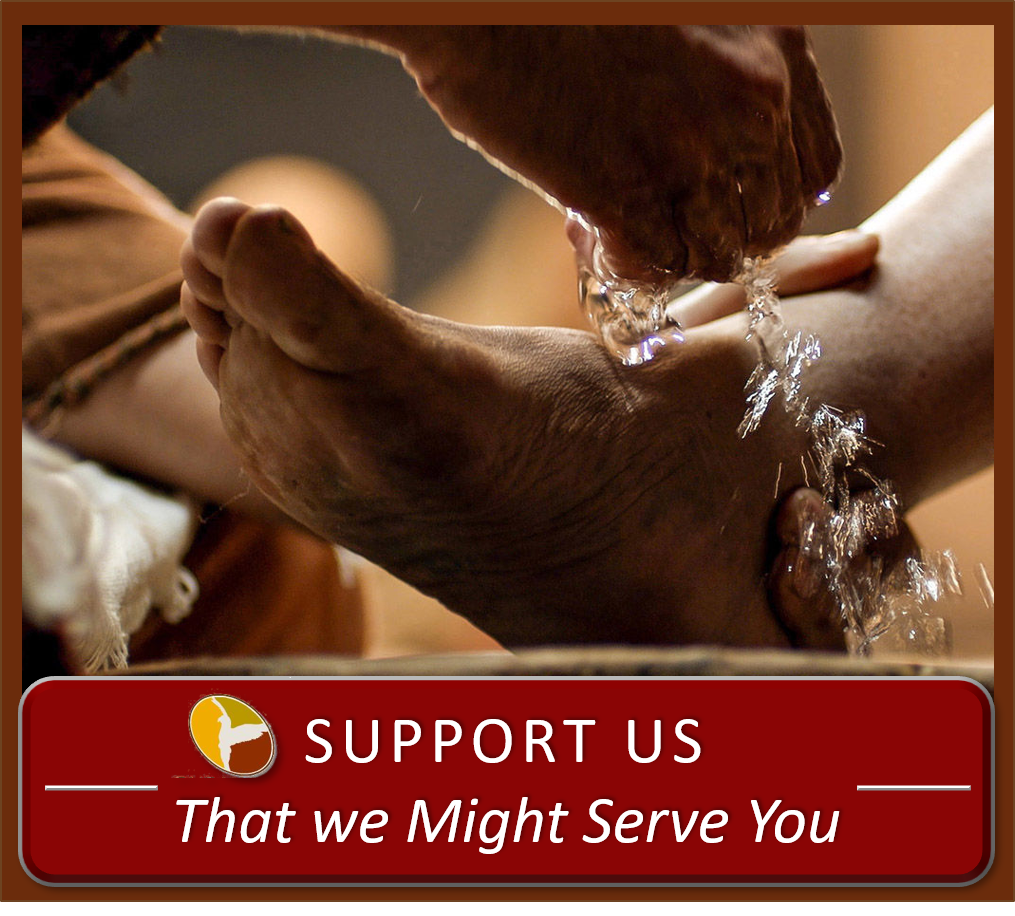 Are you Ready to Overcome?

Equipped by The Spirit of God

An Instrument of Peace Prayer

ARMOR UP! Pray Aloud Each Morning: